Language patterns shift across societies and generations, but emotions endure. For thousands of years, we have expressed our feelings through emotions. For example, when we are angry, our facial expressions convey far more than simply saying, "I'm angry." As a result, emotions have been at the forefront of research to understand the pattern of human communication better.

The father of emotion interpretation is Paul Ekman, an American psychologist. In the late 1960s, he traveled to Papua New Guinea to study the Okapa native tribe to understand human emotions better. Ekman believed that humans have similar feelings and that facial expressions bridge the underlying divide between languages.

How does Emotion Detection Work?

Scientists and researchers attempt to understand humans and the emotions they express by detecting and feeding data to computers through emotion detection. The computer analyzes nonverbal communication, such as body language, tone, and facial expressions, to decode the human mind.

Using AI to detect emotions is a relatively new technology, but many companies are investing heavily to speed up the process. The significance of emotion detection software is best understood if you understand its process.

There are three basic steps associated with AI emotion detection:-

Collecting a large amount of data is the first step in detecting emotions. Images and videos are primarily used to capture different humans in their natural habitat. For example, a human has three primary emotions: happiness, sadness, and anger. The AI software analyzes the data using these fundamental emotions and data from images and videos, leading us to the next step.

It becomes essential to standardize the images to improve the scalability of analyzing data. There are various steps involved to correct the image, including noise reduction, cropping, resizing, and background changes to restore the appearance to a quality that makes analyzing images easier.

After collecting and standardizing the images, the AI will be fed data to train emotion detection. Facial expressions are used to train AI. When a person is happy, for example, their teeth show and their eyes shine. People who are sad frown, and their eyes narrow. These inputs are provided to the software, and the images are then analyzed for the AI to produce the results.

Artificial intelligence-assisted emotion detection from facial expressions might be a realistic option for automatically measuring customer engagement with information. There are certain areas in which AI can be beneficial by detecting emotions.

Video games are created with a specific target audience in mind. Each video game seeks to elicit a particular response and set of feelings from its players. Users are requested to play the game for a set time during the testing process, and their feedback is used to improve the final product. Facial expression recognition can help determine what a person is experiencing in real-time while playing without manually analyzing the entire footage.

Video feeds of people engaging with the product are used in behavioral approaches, and then manually evaluated to study their behaviors and emotions. However, such procedures can become quite expensive when the sample size grows. Facial emotion recognition can save the day by allowing market research firms to assess and automatically aggregate moment-by-moment facial expressions of emotions automatically.

While the above steps help get a base idea of human emotions, there are also potential drawbacks. Big technology giants like Facebook and Amazon are investing heavily in AI emotion detection [2], which begs the question of how important using AI is to understand human emotions. And whether the inherent biases in emotion detection can have unnecessary consequences.

The primary assumption on which emotion detection software runs is that all humans have a universal set of emotions. Once these emotions are understood, the AI can analyze any face and deliver results. However, the reality is far from true.

The outputs of emotion-tracking systems have a fundamental flaw: robots can’t modify their behavior as humans can. Another common critique of algorithmic emotion identification is that it is not universally applicable; people from various cultures express their emotions differently.

Humans are a complex species, with everyone having a different way of expressing themselves. Furthermore, even the pattern of expression changes significantly according to the demographic. These dynamics make it hard to predict human emotions solely based on visual facial features. AI frequently cannot recognize cultural variances in expressing and reading emotions, making correct judgments difficult. As a result, bias can potentially reinforce preconceptions and assumptions on a massive scale.

How does AI detection affect us?

As businesses and governments eagerly roll out emotion recognition to the general public, skeptics point out a significant weakness in the technology: many experts believe there is little proof that it works properly. According to research into these algorithms, while they may be able to decipher facial expressions, this does not always imply what a person is feeling or thinking or what they intend to do next.

This complexity leads to problems when it starts affecting humans in areas they have no control over. The recruitment agency HireVue uses AI to analyze potential job prospects and delivers a report analyzing the recruits through their facial features.

Determining the eligibility of a potential juror or judging a jury’s reaction to judicial events has always been a question of intuition. Litigators like emotion-reading software based on a computer algorithm because it provides more assurance than an attorney’s or consultant’s “hunch.” While using such software may provide attorneys with an advantage, it also raises severe privacy concerns. A person’s nonverbal communication can impact the result of a case in these legal disputes.

Many skeptics worry whether robots should ever make choices about how humans will behave, especially without our permission, even if face expression algorithms become exceedingly accurate. The EU’s new AI laws address the topic of a person’s right to privacy regarding their sentiments. [4] Relying solely on the results of AI leads to inherent biases. The highest disparity has been reported on racial lines, with black females in their early 20s suffering the most through software detection. [5] Thus, using AI to analyze emotions and predict behaviors should be taken with a pinch of salt as the process isn’t free from biases.

Companies have rushed to build emotion-detection technologies, although some have done so based on obsolete nonverbal behavior ideas. Despite reservations about emotional AI’s present accuracy and biases, many academics are optimistic that the technology will improve as the data used to train algorithms improves and corporations begin to build country-specific solutions. Regardless of the application, the objective is to make humans less mysterious and easier to forecast at scale. 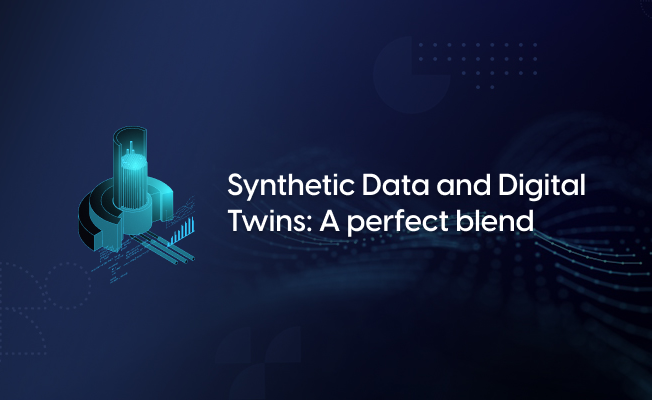 In previous articles, I discussed how Synthetic Data and Digital Twin are transforming how industries build, produce, and manufacture. AI can be trained with synthetic data tools from a small